By Jeff Guin
Social media has become a household word, signifying our culture’s leap into the digital lifestyle. This certainly wasn’t the case three years ago when the National Center for Preservation Technology and Training first began experimenting with sites like YouTube, Flickr and Facebook.

At the time, the heritage preservation community was initially a little distrustful of these technologies. That began to change earlier this year, once folks realized that social media at its most effective is rooted in bringing together people of like interests and values to better one another and the societies in which they live, regardless of their location in the world. It’s as if this was created for our cause!

This post offers a little insight into what NCPTT is doing in social media and how our efforts might benefit you as well.

Facebook is quickly becoming the web’s top social networking site. The Center has a page that updates the Facebook community on its activities. While much of our Facebook content comes from the NCPTT website, our Facebook presence allows us to “let our hair down” and post content that is less formal. We also find that our “fans” on Facebook are more willing to interact and ask questions through our wall as it seems less intimidating than commenting on our website. Feel free to use either. We love to hear your comments!

One of NCPTT’s major challenges has been in the management of images. In the past, images were spread about the organization’s server space, often never to be seen again. This has changed with the Center’s subscription to Flickr, an online photo sharing service. Photos can be tagged with keywords and organized into “sets” for easy recall. While the service helps us find our own images, others find them as well. All of our images are licensed through Creative Commons, meaning anyone may feel free to use them for non-commercial purposes. Those wishing to use them for commercial purposes would still require permission from NCPTT. Images from NCPTT’s photo stream have been used in several regional and national magazines over the past year.

Likewise, NCPTT has been using the ever-popular YouTube to distribute its preservation videos to a larger audience. The Center’s YouTube channel includes training videos, promotional video for workshops, and even an “overview” video describing how the organization functions.

On Twitter, NCPTT provides brief “headlines” of its activities to its growing number of followers. Twitter is a “microblogging” service that allows messages to be broadcast, so long as they consist of fewer than 140 characters. We use this to advertise new website content, offer special updates on training, and pose questions to our “followers.” 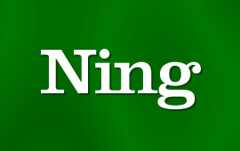 NCPTT’s recent workshops have been the most successful in the Center’s history. Part of their success stems from improved location strategy or tapping unmet needs. But part of this success also owes to more skillful marketing online using social media tools. Using the social networking tool Ning, departments were able to gather potential participants into a social network that allowed open discussion about topics related to the workshops. This allowed staff to essentially create “focus groups” for their events and tailor training to the needs of the participants. It also served to create a buzz around the training workshops. As a result, most of NCPTT’s training programs enjoyed capacity or near-capacity participation. 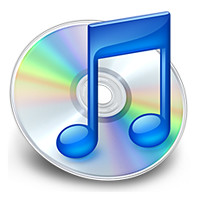 NCPTT has a lot of stories to tell beyond strict discussion of its research. The “Preservation Technology Podcast” is the Center’s medium to communicate both the personal and professional aspects of its research and people. The first podcast featured Jason Church of the Materials Research Program talking about how he came to love cemeteries as a fourth-grade student and how that led to a passion for preserving grave markers today. Other podcasts have featured topics like the use of Second Life in archaeology and using lasers to remove graffiti from rock art. The Preservation Technology podcast is available through the NCPTT website and on iTunes.

Friendfeed: Bringing it all together

As the social web evolves, blogs are becoming dated as a method to share information. At the same time, people are finding their online activities hard to manage. Lifestreaming applications enable a web user to incorporate all of their online activities on one page. Services like Friendfeed are replacing blogs, wikis, and discussion boards as more people become aware of them. NCPTT has a Friendfeed “room” incorporated into its intranet. Using a bookmarklet in a browser toolbar, the staff and other room members can share web pages and provide commentary on the content. Other people can subscribe to the feed, then jump in, add their responses and share related links too. Since it’s effortless to post/comment, the Center has an opportunity to build a community quickly around this content. After it’s acquisition by Facebook, Friendfeed’s future is unclear, but it remains a strong choice for managing multiple streams of social content.

The NCPTT wiki was developed to become a repository for the Center’s historical record. Contents include programmatic overviews and a complete list of grants funded since NCPTT’s inception, along with related links from other areas of the web. The wiki is functional, though still in draft form.

So dig in. We are a taxpayer-funded federal agency, so what we do is for your benefit. Ultimately, we all share the common goal of protecting heritage resources. Let us know how we can help, on the web and in your community.

Jeff Guin manages NCPTT’s public relations and marketing efforts. He can be found all over the web as “jkguin.”